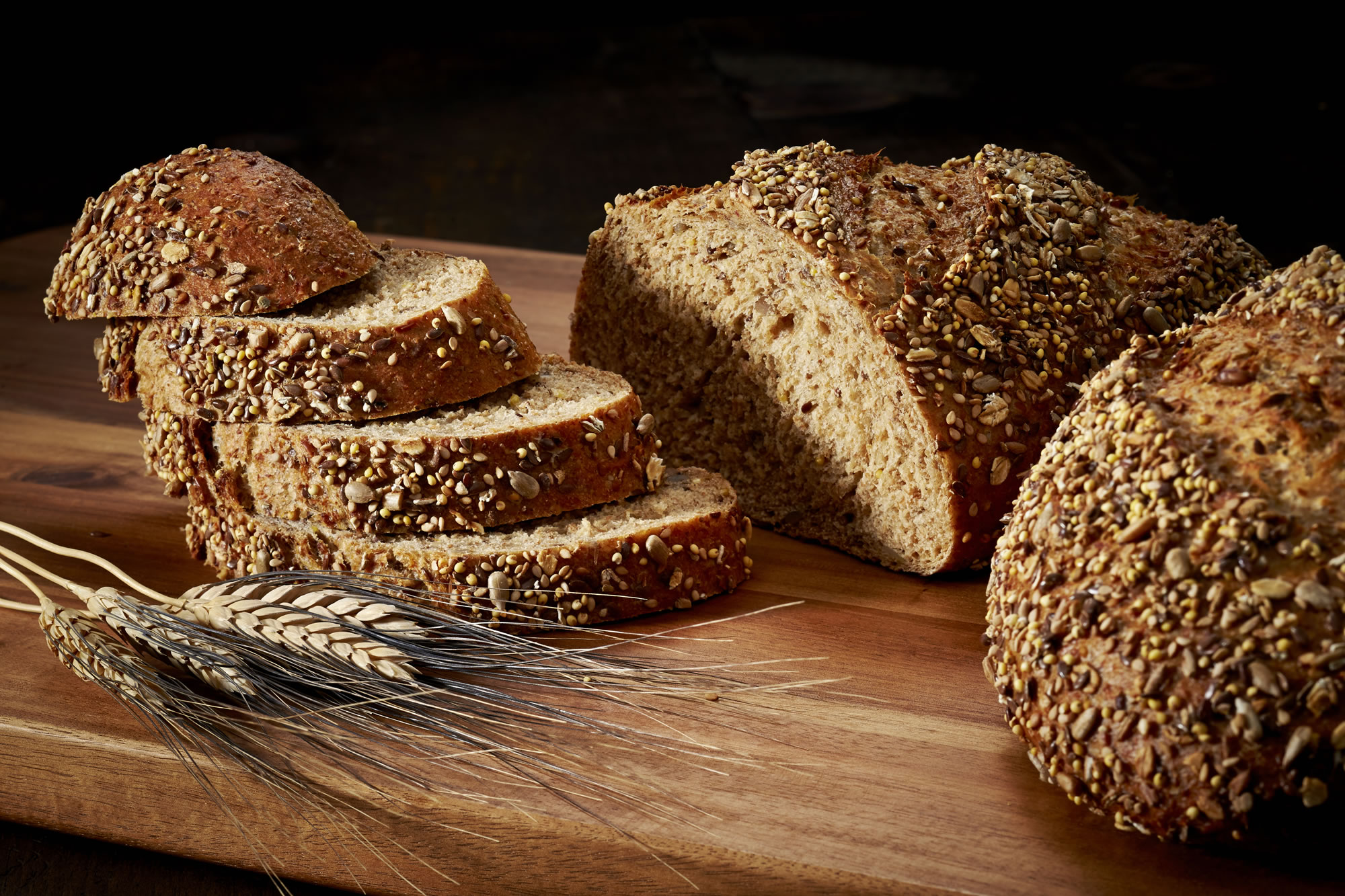 Wheat flour, whole wheat flour, fiber, wheat bran, and sometimes even rye are all bread flour that makes up whole wheat bread. Variations in crop and seasonal conditions can cause natural variations in the color and size of wheat grains—Oval in general, with rounded ends. Crushing the grain results in a powdery substance known as flour, and there are several common names for this powder: wheat flour, white flour, and refined wheat flour. However, these grains are crushed into flour while still whole, giving you all the health benefits without sacrificing anything. The deeper hue sets it apart from white flour.

Where can you find out if the bread you bought is a whole grain?

Not all items labeled “wholemeal bread” on their packaging or labels contain whole grains. As a result, you should think about the bread’s ingredients before buying it. Wholemeal bread is an excellent option for those seeking a high-fiber, nutrient-dense diet because it contains many whole grains. To stay full for longer, wholemeal bread has the unique property of slowing digestion. It also boosts metabolism, making it an effective tool for weight loss.

What are the differences between white bread and whole-wheat bread?

How can I tell which is which? So easy! The ingredients list is listed in descending order of how much there is of each one in the final product.

Loaves of bread with the highest proportion of whole meals in the nutritional index are the best choice if you want to improve your health through diet.

In addition to wholemeal bread, other types of bread containing ultra-processed grains and whole grains should not be substituted for wholemeal bread.

Another critical issue that must be addressed is the misconception that any bread containing grains is necessarily whole grain. This is because the grains have a high-calorie index despite being consumed to increase fiber and nutritional content. Keep an eye out for ultra-processed whole grains as well since they contain other ingredients and lots of additives meant to soften the bread even more and, in turn, prolong its shelf life.

There are several health advantages to eating wholemeal bread, not just because it is lower in calories and higher in fiber.

Whole wheat bread has more fiber than white bread because of the ingredients used in its production. Having enough of these fibers is crucial because they aid intestinal regulation and make you feel full faster.

Wholewheat bread has 30% fewer calories than white bread because wheat flour, which makes meals significantly more caloric, is not used in its preparation. Whole wheat bread may have fewer calories, but that doesn’t mean you should eat a ton of it.

Vitamins B1, B2, and B3 are just a few of the many that can be found in whole wheat bread. Phosphorus, calcium, and potassium salts are also a part of it.

When consumed in moderation, wholewheat bread can aid in preventing cardiovascular disease, particularly in middle-aged persons. High blood pressure, heart attack, and cardiac arrhythmia are all reduced thanks to the inclusion of whole grains.

Whole-wheat bread is an essential part of the bread basket, and its flavor would be a shame to miss out on. As a bonus to its health benefits, it also has exciting tastes and textures and pairs well with a wide variety of nutritious foods.

In conclusion, remember that the essential components of whole wheat bread — flour, water, yeast, and salt — are all needed to make the real thing. It’s harder to chew than the other loaves, and its usefulness is diminished accordingly.