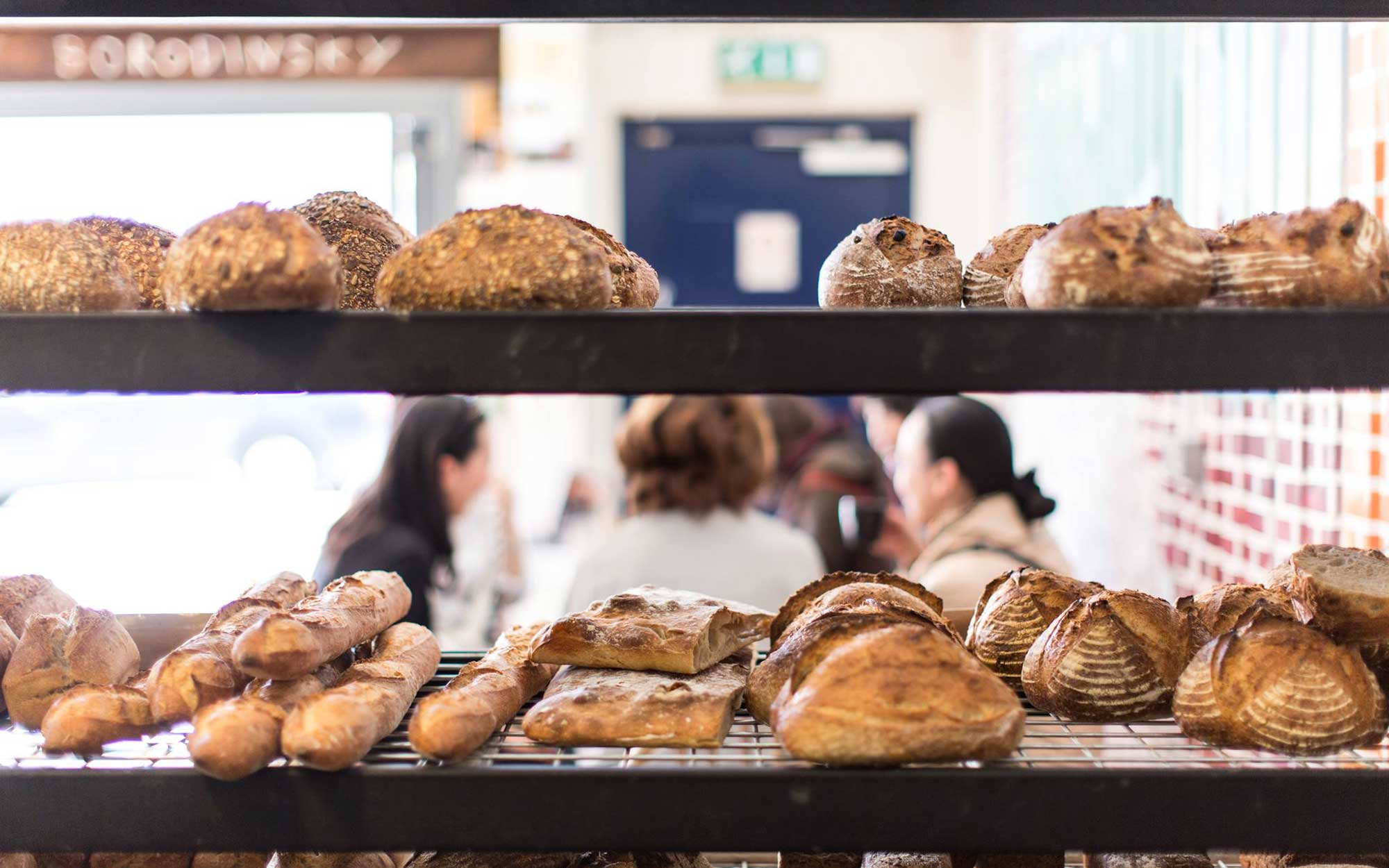 The domestication of wheat, estimated around 10,000 BC, is considered to be one of the most dramatic changes in human history. Before, it wasn’t used and now it’s in everything. Besides the obvious transformation of our diet, it marked the passage from a nomadic lifestyle to sedentarization, from hunter-gatherer to farmer.

A Bakery Is A Full Sensory Experience

Bread, defined in the Merriam-Webster dictionary as “a usually baked and leavened food made of a mixture whose basic constituent is flour or meal”, is in one form or another, a large part of the sustenance of the world’s population. In order to provide to that ever-present demand, bakeries have been a staple in human settlements since the Roman Empire. They are one of the few remaining specialized food stores that the convenience of supermarkets does not seem to weaken. It is probably due to the fact that buying a humble loaf of bread is in itself a complete event. The moment one enters a bakery, all five senses are stimulated in perfect harmony. First, often, there is the mouth-watering smell of fresh baked goods, spilling over the sidewalk, calling to the passerby. Then, there is the sight of golden, gleaming loaves lined up on the shelves, sometimes dusted with white flour. The touch of one’s hand on the crust, sometimes rough and sometimes smooth, soon follows. More often than not, it doesn’t take long before the prize is cracked open. At last, a delicious taste fills your mouth, achieving (or is it beginning?) the experience.

From The Most Familiar To The Most Exotic Choices

Bread might play the main role in most people’s mind when it comes to bakeries’ offerings, but Wikipedia lists no less than thirty different types of products that one can find in these stores. This number is probably very conservative when one considers the variety of baked goods, the ancient history and traditions they originated from, and the overflowing imagination of contemporary bakers themselves. On the familiar side, there is flaky French croissants to be savored as an on-the-go snack, convenient Austrian kaiser buns to be piled up high with meats and condiments, or soft or crispy American cookies. On the more adventurous side, the sky is the limit. Artisans find their inspiration in their own surroundings and personal history, and use the simple means of water, flour and yeast to give free reign to their fantasy and cater to the taste of their clients. Some raise to new challenges, such as dietary restrictions. Other give themselves the mission to explore all the variations of one single type of baked good. Some bakeries turn the mundane in an art form.

Beyond a simple bodily need, food offers a mean for friends and families to gather and share their day. Baked goods are synonym of comfort food, an ever-present element to a meal, from holiday feast to a basic sandwich consumed on the run. Incidentally, bakeries are often family affairs, bringing generation together with a common passion and lifestyle, intermixing traditions and new possibilities.

NextNext post:Butter Cookies – The Earlier Ones And The Current Model